North of the River Branch For much of its existence, the area was in Oxfordshire but a large part was transferred to

Reading in 1911 with the remainder (commonly known as Caversham Park Village) transferred in 1977. The ward of Mapledurham was created in 2005 – this, along with other boundary changes, meant that the three larger wards had roughly equal electorates represented by three councillors and an electorate in Mapledurham of approximately one-third of their size and represented by just one councillor.

The area is generally thought to be one of affluence but there are significant areas of deprivation – especially in Caversham ward, e.g. higher percentage of children in danger of living in poverty and eligible for free school meals than the average for Reading.

The North of the River Labour Party

Up until 2010 the wards operated as separate entities but the decision was then made to amalgamate them into the North of the River branch so as to give a more cohesive approach to campaigning and winning for Labour.

The elected officers of the branch are: Meetings are usually held on the second Thursday of the month via Zoom and start at 7.30pm. The aim of the meetings is for members to be kept abreast of, and get involved in, local issues and campaigning and for discussions to take place about national and international issues.

We wish to make our meetings as welcoming and interesting as possible. If you have any feedback (especially after coming to your first meeting) then please email the branch secretary on susankitchingham@gmail.com.

Peppard Ward has a population of just over 9,500, an electorate of around 7,500 and 4,000 dwellings (most commonly semi-detached). It is currently represented by three Conservative councillors though in the past it has had Liberal Democrat representation. With the collapse in Liberal Democrat support it is a ward that with a strong campaign could be a Labour target seat.

Thames Ward has a population of around 9,750, an electorate of around 7,300 and about 3,800 dwellings (most commonly detached). It has always been represented by Conservative councillors apart from a brief period with two Independent Conservatives. There are however a significant number of Labour voters.

The ward is mostly residential, but also contains Highdown School and Sixth Form Centre as well as the green spaces of Albert Road Park, Balmore Walk and Bugs Bottom.

Mapledurham Ward was created relatively recently and is unique in Reading in only having one councillor (who has always been Conservative). It has a population of just over 3,000, an electorate of around 2,300 and just over 1,200 dwellings (most commonly larger detached). As with Thames Ward though, there is significant support for the Labour Party.

Caversham Ward covers the area in central Caversham, bordering the River Thames.  It includes the main Caversham shopping centre and the library
which is a grade II listed building dating from 1907 when Caversham was part of Oxfordshire.  There is a community centre, and three state primary schools - Caversham Primary School, Thameside Primary School and St Anne's Catholic school.  There is also a Children's Centre that houses part of a federated nursery with Newbridge.  About 9,700 people live in Caversham ward of whom 7,110 were eligible to vote in 2016.
The ward has a range of household incomes and accomodation from the large Victorian villas on the Mount to the mainly housing association-owned estate off Amersham Road. As well as an extensive river front, Caversham has a number of parks including in Amersham Road, Westfield Road and Christchurch Meadows.
Best known is the historic Caversham Court Gardens which has achieved a national Green Flag award for 8 years in a row.
Caversham is a Labour-Conservative swing ward, which has been represented periodically by all Labour and all Conservative Councillors.  Currently, there are three Labour Councillors. There is active Labour membership in the ward and recent Labour campaigns have included road safety and a 20 mph zone; supporting Caversham library and its Children's Centre and standing up for locals on issues like commuters parking".

Our candidates in the 2021 locals are:

My Election Pledges are: 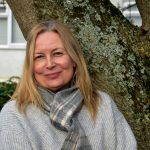 I pledge to support the voluntary sector charities in Reading and Caversham, helping people through COVID-19 with a focus on companionship/loneliness. I will use organisations such as the Weller Centre and Age UK to support and engage with communities. To set up a local Caversham group to encourage meet up's for people living alone. (Covid Permitting) Helping people to stay connected. Coronavirus and social distancing have forced us to look loneliness in the eye, so we must recognise the signs and remove the stigma.

I pledge to set up an online forum to promote and encourage community gardens, to allow greater social ties and build a feeling of community, empowering residents and allow them to feel safe in their neighbourhoods. This contributes to a healthy lifestyle,
with affordable fruits and vegetables while helping to reduce stress. My pledge would be to also educate adults and children to learn how to grow their own food and enjoy the results of such with improved nutrition.

I pledge to lobby for more funding for additional state-run nurseries and to protect the need for their continual funding. It is vitally important that parents have the ability to have a family and have the choice to work.  Having been a single parent and working
full time, it was incredibly important that I had the use of a local nursery to support me and my working career.

Councillor Richard Davies is the Labour candidate for Caversham ward, where he is currently councillor.  Cllr Davies is chair of the Housing, Neighbourhoods and Leisure committee and a dedicated campaigner for the residents of Caversham.  If re-elected he pledges to promote healthier and more sustainable travel in Caversham and to support local businesses to recover from the effects of the pandemic.

Peppard, Thames and Mapledurham do not have any Labour Councillors at this time.