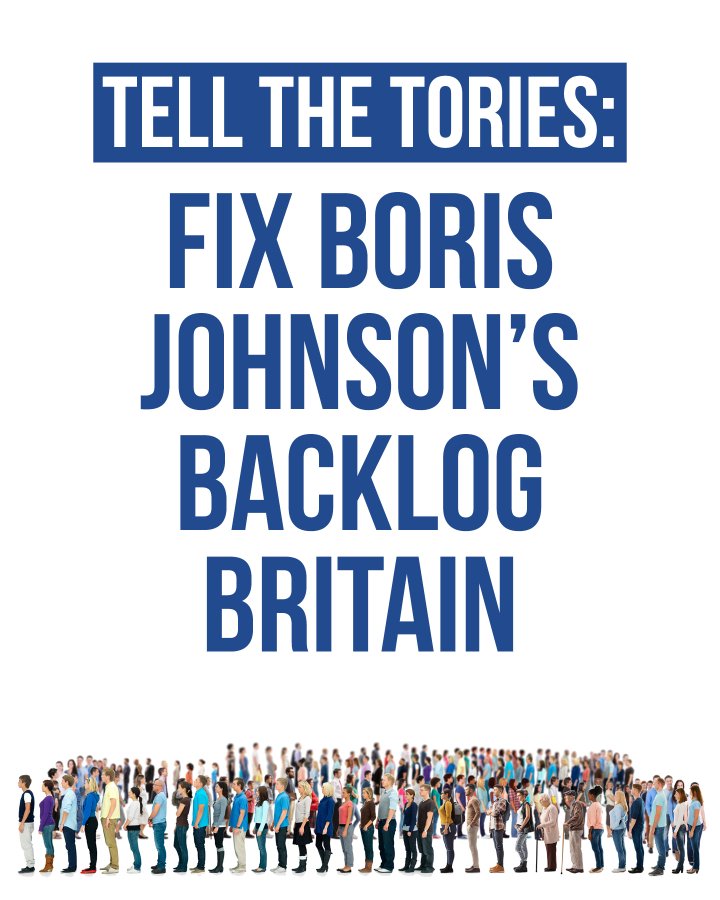 New figures published by NHS England reveal a record 6.5 million people are stuck on hospital waiting lists. In Reading and the surrounding area, 51,744 are waiting for treatment at Royal Berkshire NHS Foundation Trust.

At the outbreak of the Covid pandemic, following a decade of Tory mismanagement there were already 4.4 million people on the NHS waiting list in England, then a record high.

More than 1 in every 9 people in England are now on the NHS waiting list.

“Too many people in Reading are waiting too long for treatment on the NHS. That’s not good enough, and it’s ruining people’s lives.

“The Government cannot blame this on the pandemic. After a decade of Conservative mismanagement, the NHS went into the pandemic with staff shortages and record waiting lists.

“The truth is simple and plain to see – this government is delivering chaos and queues as far as the eye can see. Whether it’s passports, driving licences, airports, courts or healthcare, the Conservatives are turning this country into Backlog Britain.

“We need a real plan to get waiting lists under control. The last Labour government reduced waiting times from 18 months to 18 weeks. The next Labour government will secure the future of our NHS, providing the staff it needs to treat patients on time.”

1. A spreadsheet format of the full data is available from NHS England here: https://www.england.nhs.uk/statistics/wp-content/uploads/sites/2/2022/06/Download-Waiting-Times-by-Hospital-Trust-Apr22-XLS-10435K-57873.xls.

2. At Royal Berkshire NHS Foundation Trust, 51,744 people are waiting for treatment. 58.2% of patients were seen within 18 weeks of referral, against the NHS England target of 92%.

3. According to the latest figures across England:

April 2012 is the point at which the figures were first collected in this format.