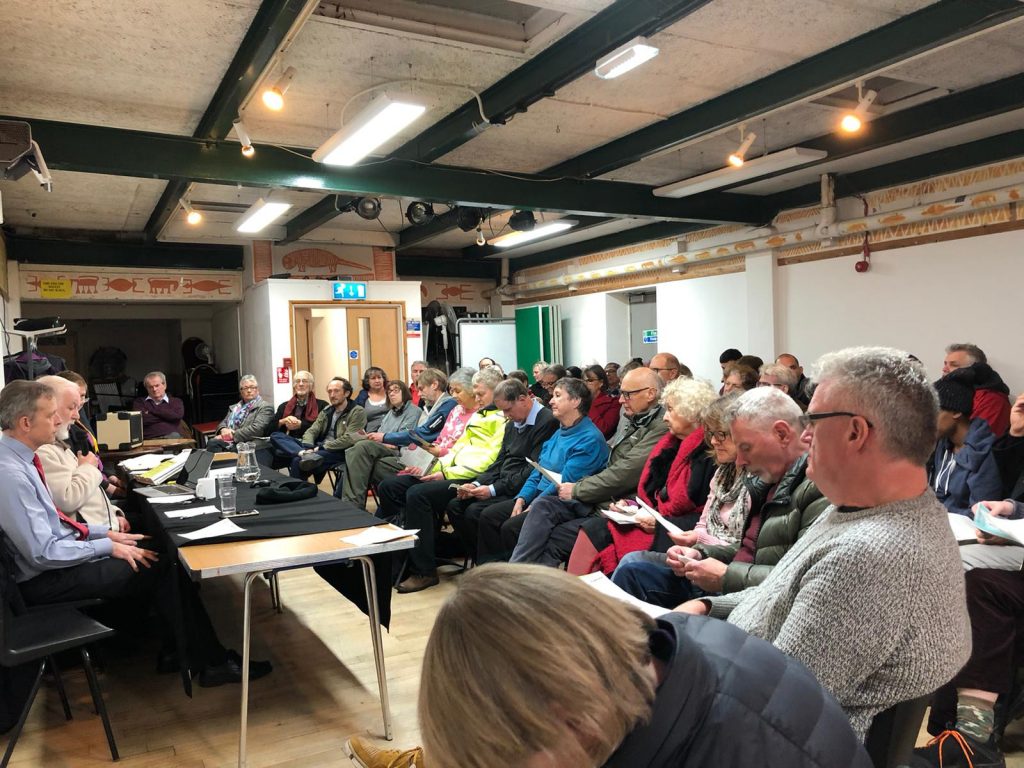 Voters in Reading East who were hoping for ring-side seats to a pre-election showdown event at the town-centre venue RISC have expressed disappointment a no-show from Tory hopeful Craig Morley.

“Morley can’t handle public scrutiny – reminds me of someone else in the Tories,” said one voter who attended Wednesday night’s event.

The Conservative’s Reading East candidate, who is facing stiff competition from popular sitting Labour MP Matt Rodda, said before the event: “I have decided to only accept the offer of three hustings – I will therefore be unable to attend.” Nobody from the local Tories attended the event in his place.

Reading Labour Party Secretary, Helen Caney, said it sounded like Morley was running scared. “Morley has seen the scale of support for Labour’s pro-people manifesto and has basically bottled it. Perhaps it’s because he is a climate chaos denier and can’t face the public to defend his frankly bizarre statements including describing global warming as a ‘socialist Trojan horse.’”

Echoing similar performances from the Conservatives nationwide – including Boris Johnson’s failure to face BBC journalist Andrew Neil as well as East Sussex councillor Nancy Bikson who climbed over some bins and a fence to avoid a recent hustings event – Morley stated: “I have been inundated with requests to attend hustings – I need to balance this with being out and about speaking with residents.”

Sarah Hacker, Labour Party Chair, responded: “Morley is so out of touch with Reading and its residents that he actually had a picture of a set of ruins from a Scottish castle rather than Reading Abbey ruins. By contrast Matt Rodda lives in Reading and has one of the most productive case-load track-records for any sitting MP and he and his office have individually responded to thousands of constituents’ requests. Morley’s no-show speaks volumes.”

The Labour Party, the Green Party and the Liberal Democrats opted to take part in the event where they discussed global warming, trade and migration.