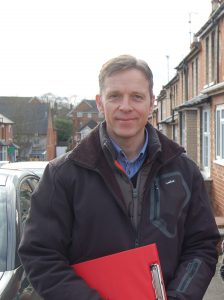 Matt Rodda, Labour’s candidate for Reading East said “I am delighted and honoured to have been selected as the Labour parliamentary candidate in Reading East and I’m looking forward to the campaign ahead. Labour came a close second in 2015 and we can win the seat in this snap election.

“The Conservatives have let Britain down. A Labour Government will build a better, fairer Britain, we will invest in our public services, defend our NHS and schools and provide the affordable housing needed by young families in the Reading area.

“Every vote will count in what promises to be a close election.”

Olivia Bailey, Labour’s candidate for Reading West said “The Conservative Party has taken people in Reading West for granted. Tory broken promises mean local schools are facing cuts while class sizes soar. The NHS is at crisis point, our safety has been compromised with cuts to frontline police, and we are in the midst of the worst housing crisis in generations.

“I am honoured to have the chance to represent the town where I was born. I hope to win people’s trust in the coming weeks, so that I can be a strong champion for Reading West in parliament.”

Chair of Reading and District Labour Party, Jason Brock congratulated both candidates and commented “This snap general election offers us a chance to put forth a real alternative to the Conservative government. Reading deserves MPs who will stand up for our community and Labour is the only party that will represent the interests of ordinary people. In 2015 we received over 32,000 votes across the two Reading constituencies and we will build on that hard work to win this time so that we can secure a fairer society.”

Posted in GE17, Uncategorized
← How socialist solidarity can bring 7 years of Tory turmoil to an endLabour Party Manifesto 2017 →