READING Borough Council is recommending a 4.99% Council Tax increase for next year. It follows repeated and unprecedented cuts in Government funding at a time of huge increases in demand for vital Council services, particularly in social care. 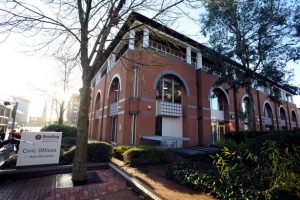 This week Surrey County Council agreed on a 15% Council Tax rise – in advance of a referendum in May – to cover the costs of adult social care pressures. Most local authorities who provide social care services are expected to recommend a 4.99% Council Tax for 2017/18, which is the limit permitted by Government without a referendum.

Almost 70% of Reading Borough Council spending is on adult and children’s social care. That equates to 70p for every £1 spent by the Council.

Cuts to Council money have included:

“With no extra money forthcoming from Government and yet more cuts on the horizon, the responsibility for paying for the huge demands on adult and children’s social care has been firmly passed on to local tax payers by this Government.

“As the Government continues to cut funding for vital local services, changes this year mean it will now also take away 75% of local business rates. Next year alone £90 million of rates collected from local businesses will leave Reading and go to Government. This is on top of the £50 million it has removed from the Council since 2011.

“Given the circumstances, we have very little option but to recommend the 5% increase for next year to set a balanced budget – which unlike the Government or NHS Trusts – we have to by law.

“The Government this year gave local authorities permission to raise Council Tax by an extra 1%. In Reading that will raise just over £760,000. This is a drop in the ocean when set alongside the estimated direct cost of paying for adult social care services in Reading next year, which is £35 million.

“When Surrey County Council announce a referendum on a 15% council rise to pay for adult social care, and when Caversham Primary School is this week forced to write to every parent asking for donations to fill their own funding gap, the reality of the gross underfunding of local services by the Government is laid bare.”

Despite £70 million of savings agreed since 2010, latest estimates show the Council still faces a £44 million funding gap to 2019/20 because of Government cuts to funding at a time of increased demands on services.

The proposed 4.99% Council Tax increase – which includes a 3% for Social Care – will be recommended at a meeting of the Council’s Policy Committee on Monday 13th February, before being debated at Full Council on Tuesday February 21st.

The February 13th Policy Committee report can be found at www.reading.gov.uk/article/9644/Policy-Committee-13-FEB-2017

The report details that in order to set a balanced budget for 17/18, the Council needs to use one-off measures totalling £11.2 million. The funding gap to 2020 means major savings need to be identified in the early part of the financial year. That is in addition to other savings already identified and at an early stage of being implemented.

Speaking in December, following the publication of the Local Government Finance Settlement, LGA chairman Lord Porter said: “If councils stopped filling in potholes, maintaining parks and open spaces, closed all children’s centres, libraries, museums, leisure centres, turned off every street light and shut all discretionary bus routes they would not have saved enough money to plug this gap by the end of the decade.” He added that the Government should relax rules for councils on setting business rates in order to meet the shortfall.

Reading Borough Council has agreed £70 million of savings and income generation since 2010. Measures so far include: