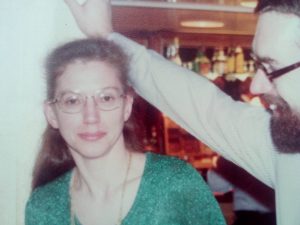 Christine passed away on August 12th at around 6 pm, she was 75. She passed peacefully and shared her last moments with David her friend of 50 years.

Her last few weeks were filled with messages of love and support from many, many people in the Reading area and beyond. For the majority of Christine’s life, she worked hard to improve society for everyone and knew that even the smallest gestures could have a large impact. She was a stalwart, with an acerbic wit and compassion with seemingly boundless depths.

She moved to Reading in 1966. Practically her whole life was spent helping the community, she was a member of Civil Service Union and the local Trades Union Council organising the May Day marches, fundraising for the miners and organising locally. She served Reading as a Councillor for Park Ward from 1994 to 2006. Week in, week out Christine gave her time to the community. Christine was a trustee for more than 20 years and a school governor. For many years she was key to the success of Red Rag (Reading’s self-styled only newspaper https://www.readings-only-newspaper.org/) and amongst many other accomplishments she was much loved by the Pakistani community, not least for the computer classes she ran every weekend. Her work for the Labour Party in Reading has been unrivalled, she has been an integral part of Labour’s success since 1991.

To say she will be sorely missed in an understatement. Her achievements in Reading are indisputable and for many lucky people,  she has always been a very good friend and a critical confidant willing to tell you what you needed to hear. 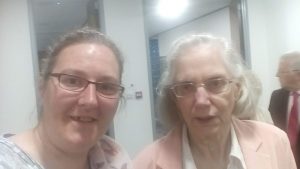 Everybody who has come into contact with Christine speaks fondly of her. She had an ability to cut through the nonsense and noise of everyday life to get to the real issue. She had a wit and grace that were uniquely Christine. She stood up for people when they needed her.

Christine’s funeral will take place on the 28th of August, 11.30am at the Henley Road Crematorium. A celebration of Christine’s life and work will take place afterwards at the Pakistani Community Centre, Park Hall, London Road RG1 3PA. Family flowers only. A donation to the Queen Victoria Institute will be gratefully received, Christine served as a Trustee at QVI throughout her illness and is incredibly proud of the work they do.

“It has been a privilege to share just some of this life with such a special person as Christine Borgars.”
– Maureen McSevney

“I knew Christine for several years.  She was a key member of Reading and District Labour Party and a much-loved part of Reading’s Pakistani Community; Christine was well known for running their computer Club in East Reading and many young people today have fond memories of Christine from their early youth as she helped and supported many of them to develop their IT skills.

Christine was a much-respected former councillor and community activist, who residents still looked to for help and support, even though she had retired from the council more than 10 years ago.  I remain deeply grateful to her for her work to our Party and to Reading.  Christine made an outstanding contribution to public service and she was quite simply, an outstanding person.”
– Matt Rodda, MP for Reading East.

“She has been a prolific community worker and has supported and helped so many including myself. I always considered her as a mother figure in my life. She told me off when I needed it and gave good advice when it was due. Even in her illness, I have watched her put other people above her own needs. She has been fighting her illness with so much strength and I admire her for the way she has been conducting her life during these testing times of her life.”
– Manzoor Hussain Senior Managing Director at Yellow Cars Ltd

“Christine Borgars was an essential part of Reading Labour’s political and electoral organisation for nearly a quarter of a century. Always in the background, Christine made a great contribution to the election of three Labour MPs and to the unmatched electoral success Labour enjoyed locally. She processed and organised the data that helped Labour get its message to the voters and made a significant contribution to Labour’s use of technology well beyond Reading – one of the unsung heroes on which public life depends.

Christine made her career and much of her political and community contribution from technology. She was a ‘computer nerd’ long before it was fashionable. Christine was a trade unionist and a socialist who did more than talk the talk – she lived the life – putting the welfare of others before her own. She was selfless, tireless, loyal to a fault, harmlessly eccentric and didn’t seem to need sleep. Reading Labour came to love her dearly. She has left us far too soon. She will be much missed.”
– John Howarth MEP

“So sorry to see you go Christine but pleased you are no longer in pain. Your contribution to the party and local community has been immense  RIP Comrade x”
– Martin Salter MP for Reading West 1997 – 2010

“It is very sad that a very nice and hardworking personality has left this world. Christine a woman of best character and a very sincere lady for all Communities. I pay her special tribute”
– Amjad Tarar  Secretary PCC Reading

“I first knew Christine because of her devotion to the Labour party but in more recent years through her charity work. Stalwart is overused but in Christine’s case, it was an understatement. There was no job to big for Christine, no task too humble.

Christine’s unique style and kindness of heart will never be forgotten by any of us who knew her. She was a friend and a comrade who made our town and our lives better.”
– Rachel Eden Parliamentary candidate for Reading West

“A wonderful woman who will be greatly missed”
– Sarah Hacker

“Thank you Christine. It has been a privilege to know you. I will remember you always.”
– Chris Maskell

“What an extraordinary contribution Christine made.”
– Tom Lake

“Right up to the end you never stopped giving. You were there for our sons and daughters and nieces and nephews. You never stopped giving. And your loss is going to be felt for a long long time. Amazing inspirational good soul. You have done enough for today, please lock up, return home, and have a well deserved cup of tea in heaven. R.I.P”
– Zack Barakat Ali

“I am sad but also happy to have known such a wonderful woman. RIP Christine x”
– Chris Reilly

“She was a dear friend that we’ve known for over 30 years. She was so dedicated to the Party and to the community of Reading. We have lost one of our treasures and the world is a sadder place without her. Rest in peace Christine. Fondest love.”
– George Loughlin

“Christine was a connoisseur of politics. She was a compassionate and caring individual. I send my deep love and prayers.”
– Ryan Hack

“As others have said Christine’s contribution to Labour, to communities, and to simply doing the right thing for the right reasons, will never be forgotten. She was a Tower of Strength with a sharp mind and a good heart. RIP Christine, you were an amazing woman and a magnificent comrade.”
– Kevin Taylor

“While I hadn’t know Christine that long. I feel honoured to have spent some time with such a strong and wonderful woman who was selfless and loyal until the very end. A huge loss to Reading Labour and Reading as a whole. Rest in peace in Christine. You’ll never be forgotten”
– Ryan Sheehan 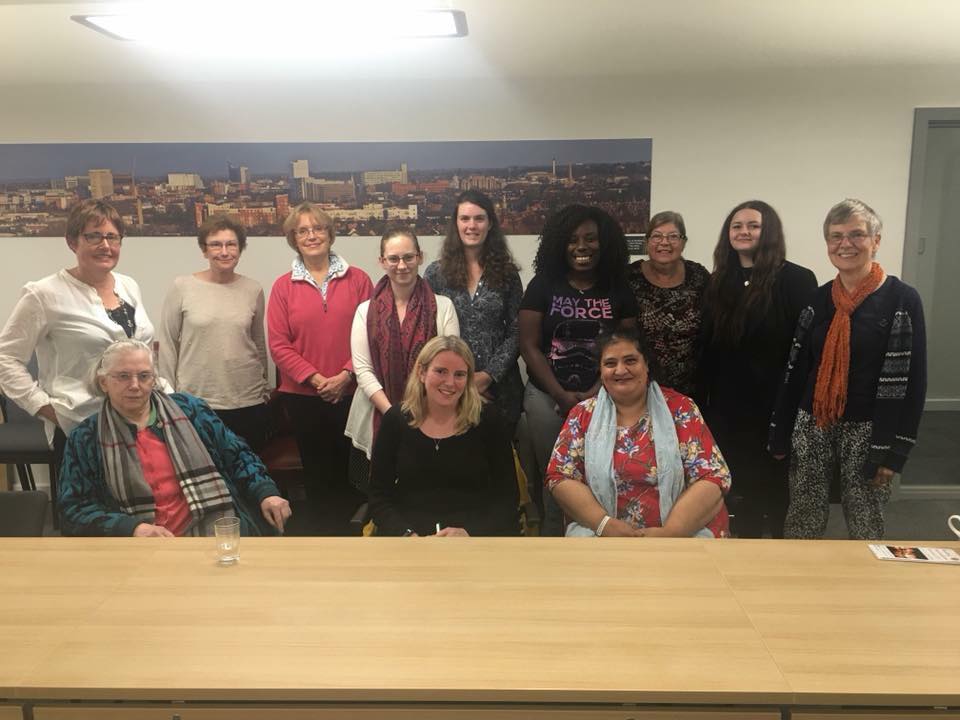